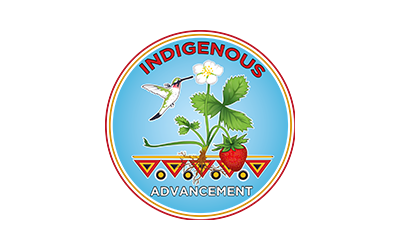 Keeper of the Eastern Door/Board Member

Keeper of the Fire/Chief Servant Leader

Bree is Mohawk, has 15 years of experience in managing information and projects in the Non-Profits and Higher Education. Currently, Bree coordinates an East Coast assessment team of a National Non-Profit at a rate of 50 assessment reviews a year.

My interests range from environmental justice to Urban Native Americans. I am also interested in Housing, NDN, and Policy.

Patricia Landry is one of the founding members of the Boston Indian Council (BIC). In 1969, Pat was part of the street team that provided community members with resources, a person to discuss concerns, and Sunday night supper at a church in the South End. Based on the information the street team gathered, the first proposal to operate the Boston Indian Center, then located in Dorchester, was written and funded. In the 1970s, the BIC relocated to the Center’s current location on South Huntington Avenue. At that time, Pat became the Social Service Coordinator. In this role, she continued her community work in the streets of Boston, connecting with individuals and families to assist with issues related to the Department of Social Services, welfare, utilities, access to food, housing, court cases, and the rights of Native American inmates at Norfolk Prison. From 1975 to 1976, Pat coordinated volunteers for the Prisoner Rights Group for weekly meetings at Norfolk Prison. During this time Pat was also able to secure funding for the BIC Emergency Food Program.

In 1981, Pat was accepted into Wheelock College. While at Wheelock, she worked as a Teacher’s Assistant at Action for Boston Community Development’s (ABCD) Parker Hill/Fenway Head Start program. After earning her Bachelor of Science from Wheelock College in 1991, Pat was promoted to Teacher at the same head start. In 1993, Pat worked with Marie Galvin, then Executive Director for ABCD, and Joanne Dunn, then Executive Director for Boston Indian Council, to bring ABCD’s Head Start program to Indigenous children. Pat served as the Director of the Native American Head Start Program until the program was closed. Under her direction, The Boston Indian Council’s Head Start program received a prestigious 98-point accreditation from the National Association for the Education of Young Children (NAEYC).

Pat has a Bachelor of Science in Primary Grade Teaching from Wheelock College and is a recipient of Wheelock’s Gwen Morgan Emerging Leadership Award. Pat has served on the Board of Directors for the Boston chapter of the National Association of Education of Young Children and for the Family and Friends of Prisoners. She is a member of the Professional Educators Allied for a Safe Environment.
​

Ever an advocate for educational and personal advancement, she lives by the belief

“I am also emerging.”

was born in Roxbury, Massachusetts and is a Tribal Member & SubChief of the *Chappiquddic tribe (*Algonquin spelling) Tribe of Massachusetts.

In 1982 he graduated from Boston City Hospital School of Nursing with a specialty in Emergency Room and Trauma which eventually led to his transition into Community Health and Wellness.

In the late eighties and early nineties, Tom lived on Pine Ridge Reservation in South Dakota with relatives, learning traditional Native American practices, this experience would later enable him to refine standard nursing approaches and combine it with alternative Native healing modalities.

In 1992 Tom became a Certified Instructor for the Department of Child and Family Services, Model Approach to Partnership and Parenting and later, welcoming the opportunity to serve as the Director of MSPCC Adoption Program in Brockton, MA. His continued interests led him to Found the OMC All Nations Church and the School of Earth Medicine in 1998; designed to instruct Physicians, Nurses, and others on the benefits of incorporating Wellness, Healing, and Spirituality, this became formally recognized in the Commonwealth of Massachusetts on March 14, 2006, and Tom continues to be a valuable guest Speaker and Lecturer on this topic.

On April 1, 2018, He was awarded the Global Health and Pharma Award for Excellence in the field of Alternative Medicine & Holistic Health. Through Education Tom continues to advocate for Native American Awareness Rights and for the Preservation of Traditional ways.

Andre StrongBearHeart Gaines, Jr., is of the Nipmuc people, serves as Secretary of Cultural Stewardship and Vice President of the Board of Directors for the Global Initiative for Indigenous Advancement. A strong cultural steward, Andre is a public speaker, traditional dancer, poet, and educator.

With over a decade in recovery from drugs and alcohol, Andre is a sponsor and everyday life coach for those in need.

Andre can often be found teaching Natives how to flesh and brain tan hides to make items such as drums, buckskin, and blankets. Andre considers family, culture, and traditions to be the three most important things in life.

Daniel StrongWalker Thomas is of the Leni Lenape people known as the Delaware Nation (Anadarko OK) and a descendant of the Oneida people (Green Bay WI.) Daniel is President of the Board of Directors and serves as Chief Servant Leader of the Global Initiative for Indigenous Advancement.

Daniel has a background in economic and business development. An entrepreneur who has been at the helm or in a c-suite role with over ten different entities ranging from professional services, retail, publishing and property management.

Daniel attended Salem State College where he was awarded the Charlotte Forten Distinguished Scholar award, was a member of the honors society and appointed to the Trustees of Salem State College. Daniel’s passions are his family, his people and creating opportunities for Indigenous People worldwide.